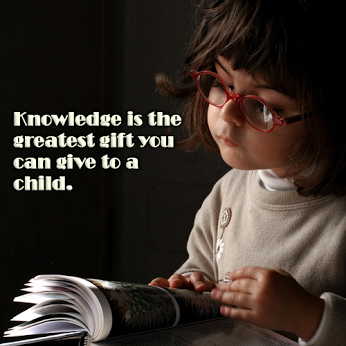 Children are born curious. That is why they drive their parents nuts. Even before they can talk, they’re into everything, whether it’s the kitchen cupboards or the catbox. Hopefully, the no-no’s are replaced by toys that are equally stimulating, though most parents have found that nothing can replace something as simple as a big, fort-sized box. When they learn to talk, then the questions begin. And for busy parents, these are often seen as a nuisance and distraction versus the opportunity they are to enhance your child’s intelligence and creativity. Instead, it’s usually squelched by sitting them in front of Netflix or a video game. I won’t even talk about the concept of going outside to play, since nowadays that seems as old-fashioned as rotary phones.

Most parents want their children to grow up to be successful, self-sufficient adults. With luck, maybe they’ll even take care of you someday. The question is whether your current parenting tactics will bring that result? What does your child’s diet comprise? Not just physical, either, though that’s the first place to start. Proper nutrition is important in too many ways to address in this blog, but if nothing else, it teaches healthy eating habits, even if you don’t explain why vegetables and fruit are healthier than cupcakes and soda. Proper nutrition contributes not only to a healthier body, but mind as well.

A healthy emotional diet is important, too. Lots of hugs, positive reinforcement and appropriate discipline are essential. If a child feels loved, overcoming other parenting mistakes is much easier.

But what about his or her intellectual diet? What’s feeding their little minds? Are you putting some thought behind it when they’re bored or just reaching for the easiest distraction? Here are a few tips for encouraging your child to love learning.

1. Answer their questions! In the past, unless you were a physicist, it was more difficult when a child asked “Why is the sky blue” or “What causes a rainbow” or “Why can airplanes fly?” In the past it required a huge dictionary and a bookcase of heavy and expensive encyclopedias. Now all it takes is a quick query on your smartphone, tablet or computer. Don’t dismiss any question as stupid! Face it, you probably think it’s stupid because you can’t answer it. That attitude will rub off, too! If your child sees you looking up answers, it won’t be long before they do, too.

2. Make learning fun! There are just as many educational games out there as mindless ones, most of which teach battle strategies and violence. Shop carefully, paying attention to what the story line comprises. If your child gets addicted to video games, wouldn’t you rather they be learning something?

3. Failure is not an option! Part of making learning fun is creating a love for challenges, which is what games do. Make learning something new exciting, not something to be feared. Encourage your child to confront challenges, head-on, by setting goals, then celebrate even small successes. Teach the concept that failure isn’t permanent, but only a learning experience that serves as a stepping stone along the road of life.

As a visual and kinesthetic learner, I did poorly with teachers who did nothing but talk, which went in one ear and out the other. Visuals helped, but hands-on resonated. While it’s a good idea to introduce the other styles to build skills in those areas, be sure to use your child’s favored media for the most important areas. Once you know what it is, find out which method(s) your child encounters in school. If it’s not the favored style, then you’ll want to supplement learning at home in the style s/he’ll not only absorb but enjoy.

5. Music appreciation! Learning a musical instrument not only teaches discipline, it actually improves a child’s brain and concentration. If this isn’t possible, you can still control what they’re exposed to. What becomes familiar is what they’ll prefer. If a child never hears classical music, it’s unlikely to be embraced later.

If music programs the brain in some way, then what do you want your child to listen to? Pay attention to lyrics, too, which are absorbed at the subconscious level. Music is a powerful tool. Make sure it’s having the desired effect. Going on vacation? While you have a captive audience in the car is a great time to introduce classical music. Turn off the DVD player occasionally and have them watch the countryside, which can be used as an impromptu geography lesson. Visiting a National Park? What an excellent time to introduce the compositions of Bach, Beethoven or Brahms.

None of these take a lot of time, certainly a lot less than most sports programs, which have their place in a child’s upbringing. But if most of your child’s leisure time is occupied with sports, what priorities are you teaching? Think about it.

Once you make up your mind to focus on these simple tricks, they’ll become second nature, not only for you but your child as well. Children truly do learn what they live. The intellectual quality depends on you.

In my recent interview with Book Nerd Paradise I read an excerpt from Beyond the Hidden Sky which illustrated what Creena experienced when the escape pod finally landed on Verdaris. While she’d been instructed by the onboard v-troid, DORAI, to exercise as a regular part of her zones, Creena got frustrated with the equipment malfunctioning and stopped doing so as part of her general rebellion. Exercising was a bore, especially when the marching machine kept jamming or not keeping an accurate record of how much she’d done. Moving about the pod in a weightless environment was effortless and fun! Yet she was initially informed that life in zero-g meant exercise zones. The conversation went like this:

“Side effects of zero gravity. It affects your heart, skeletal muscles, bones and balance. Without countermeasures you’ll be dizzy, have trouble standing up, and won’t be strong enough to walk when you return to a gravity field.”

So she’d been warned but conveniently forgot. The results were not pretty.

Why were these exercise routines known as countermeasures necessary? This excerpt from p. 62 of The Star Trails Compendium briefly explains it:

Gravity forces your body to continually compensate for it by building additional strength. Without it muscles weaken, including the heart, also a muscle, which needs to pump blood against it. Orthostatic intolerance is the technical term for not being able to stand up without holding onto something. Astronauts in space exercise to maintain their strength so that when they return to Earth they are not too weak to walk. Some astronauts who have returned from long-duration space flight have not been able to walk without assistance.

Gravity is something we take for granted. For example, pouring a glass of water requires gravity to deliver the liquid to the container. In space the liquid would spill out into the air and float around in a glob. Think about things you do that you can’t do upside down and you will discover various “gravity assisted functions.” Astronauts often suffer from space sickness, similar to motion sickness, because gravity is not helping keep food and liquids in their stomach.

My first job at NASA was in their Life Sciences Division at Johnson Space Center in Houston Texas. Among other things, they studied the effects of zero gravity on the human body. They conducted various experiments and developed exercise equipment for the astronauts to maintain their fitness level. One of the physical problems related to losing calcium from their bones, which obviously would weaken them. They found that resistance exercises were most effective, even though aerobic exercises such as running on a treadmill were still important as well. 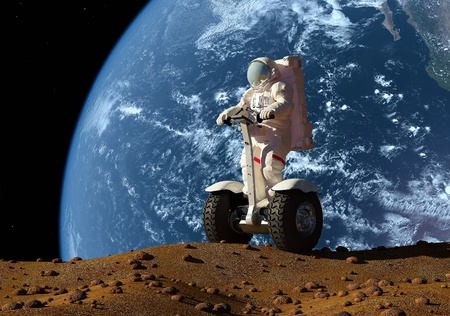 To prepare for long-term space flight such as that required to go to Mars, NASA is currently conducting a year-long study about the effects of micro-gravity in an interesting way. It just so happens that two astronauts, Mark and Scott Kelly, are identical twins. Mark is retired but on March 27, 2015 Scott and Russian cosmonaut, Mikhail Kornienko, blasted off for the International Space Station where Mark will spend a year participating in the study. Mark, who will remain on Earth, will serve as a control during which they will study molecular changes between the two. The study, which comprises numerous separate experiments, will also address how an astronaut’s mental state is affected by these changes.

You can learn more about the study here.

Space travel is not a simple matter. While we have the technology to build an interplanetary spacecraft we still don’t fully understand how it will affect humans at the physical level. This study will provide a few answers.

[NOTE: You can download a free copy of The Star Trails Compendium which contains lesson and discussion ideas of the science in The Star Trails Tetralogy from Smashwords here.]

Image licenses and copyrights via 123rf.com