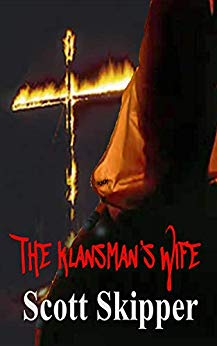 First of all, I know that I’ve been absent from my reviewing duties for a while now. That’s  because I’ve been up to my eyeballs writing a story that began as a cozy mystery that expanded into a thousand-page conspiracy thriller which has required an astounding amount of research. I truly hope to get at least the first book out in a few months. I expect it will be worth the wait.  Recently I took a trip, however, which gave me time to read on the plane and this was the story I selected. It definitely made the miles fly by at a rapid pace.

The title alone constitutes a spoiler though this cautionary tale definitely drives the message home. Set in South Carolina in the 1970s, this gripping story captures the dark side of the south in the post 60s Civil Rights era. This culture was entirely off the radar of those who lived in other parts of the country and deserves to be read for its education value alone.

I have to smile at the main character’s name, Mason, a Californian who definitely has some interesting revelations and adventures upon venturing below the Mason-Dixon line. A young man in his late 20s who has recently lost his job and been divorced by his wife accepts employment at a company in South Carolina that manufacturers machines used in the printing industry. From reviewing ECRs (engineering change requests) to interactions between employees with a variety of educational and cultural backgrounds, the author did a great job capturing the work climate of such a facility which included plenty of gossip and the inevitable backbiting. It was easy to visualize the environment and feel as if you, too, were an employee observing the drama and goings-on.

Mason is immediately attracted to a flirtatious woman named Jill. Despite warnings that her abusive husband is the Grand Knight of the local KKK, he pursues a relationship with her. As expected, he is attacked and harassed in a vicious manner, any relief from law enforcement nonexistent since they are also members of the Klan. His obsession with her is not to be doused, however, and ultimately becomes coupled with compassion and the desire to help her escape her abusive marriage.

Further description will definitely tread upon spoiler territory, though I’m sure just about anyone can figure out that this is probably not going to end well. Actually, the ending does carry a few major surprises, though the author did a good job of alluding to them. This suspense-laden story is not only a warning not to allow your libido to lure you into dangerous situations, but also provides a glimpse into what it was like in the Deep South a half-century ago. While some of it has improved, it’s still a place immersed in echoes of a culture that few outsiders understand.

Scott Skipper is one of my favorite authors, particularly his Alien Affairs series. Being much darker, this novel lacks the dry humor found there, but his skilled writing style and attention to detail make it an outstanding read.

As mentioned earlier, I read this story while on an airplane. As I was about to get into my car in the remote long-term parking lot I heard a shot. Duly sensitized by the action in the book, I ducked, wondering what was going on and whether I was in mortal danger. Then it dawned on me that it was New Year’s Eve and all I’d heard was a firecracker.  Nonetheless, it illustrated the author’s skill in pulling me into the story. Don’t miss it.

You can pick up your copy on Amazon here. You can learn more about Scott Skipper and his other stories through his social media links below.