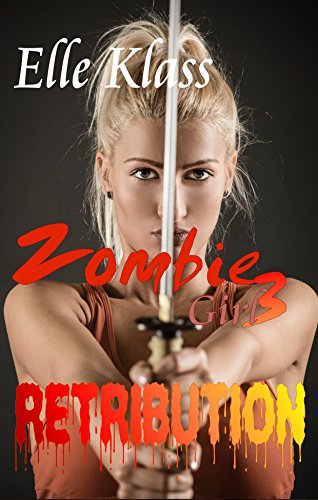 This is my very favorite zombie series of all time. Okay, I’ll admit, it’s the only zombie series I’ve read. Truth be known, I’m not usually a zombie fan, but Elle Klass is one of my very favorite authors and thus I’ll give just about anything she writes a try. Her characters absolutely jump off the page,  plots complex and full of surprises, writing style saturated with luscious descriptions and subtle humor.

This is the final episode and completes the Zombie Girl trilogy. This exciting conclusion is loaded with suspense regarding the fate of the numerous characters after they leave the African continent bound for the USA through various means. Tidbits include fascinating explanations regarding what caused the lethal pandemic that resulted in some people turning into zombies while others recovered or were immune. If you liked the movie “World War Z” you’ll probably love this story.

The action never stops, the suspense sustained beautifully. It had been a while since I read the previous books, so it took me a while to remember who some of the characters were and where they joined the story. This is a series best read straight through, which can now be done with all three books now available.

Whether or not you’re a zombie story fan, I definitely recommend this series. I’m usually pretty bored by the usual zombie tale, but Elle’s characters are so real, the personalization of the plot so well done, that I thoroughly enjoyed it. The descriptions are gross enough to make a point, but not so disgusting as to be too much. Some are downright funny, actually, and make perfect sense with the primary character, Maddie, a teenager who would undoubtedly see the humor in it to maintain her sanity. She’s a great kick-ass heroine who refuses to cave into the worst of circumstances and definitely runs the show.

Now that this entire series is available, grab the three of them and get ready to enjoy a great tale that keeps you turning the pages from start to finish.

You can pick up a copy on Amazon here.