The 4th and concluding episode to Elle Klass’ popular “Baby Girl” series, “Bite the Big Apple,” is out at last and fans will undoubtedly eat it up as they have the preceding three. For those familiar with the series, a rundown and excerpt is directly below. If you’re new to Cleo’s story, skip to the end of this post where you’ll find my review which provides a bit more background for this suspenseful saga.

Cleo was abandoned at 12 and left to fend for herself. Now grown and coming full circle in book 4, she finds answers to the questions that have haunted and plagued her existence.

Masquerading as Shanna, she is hot on the trail of finally learning her identity. After spending a lifetime living lies she now finds her biological family, and learns the truth about her birth including why she was kidnapped at the hands of Perdy and why Slug hunted her down; killing her one true love.

“Did you know my son?” The voice startled me out of my thoughts of Einstein. I looked up from my solace to see who I assumed was his mother. Her hair was blond like Einstein’s only she had streaks of white. The skin around her gentle eyes bore webs in the creases. She too was tall and thin. He looked much like her.

“No, I didn’t know him, but have heard what happened. I think it… is heartbreaking… what happened. I had a friend who… I just wanted to visit and pay my respects.” I wanted to tell her ‘yes, I loved your son’ but couldn’t bring myself to. Instead, I made up yet another story.

“My son was a very special young man. He wanted to do incredible things.” He did do something incredible. He loved and took care of me, but I didn’t say that to her.

“Do you mind me asking…? Do you know why he ran?” The questions ran out of my mouth like water from a hose. I kicked myself mentally for being so insensitive.

“I’m sorry. I had a friend who ran and I don’t know why. Why kids leave a good home. You seem like such a nice woman, a good mother. My friend also had a good family but still he ran.”

I breathed a silent sigh of relief when she continued. “It seems ridiculous now. I can’t seem to forgive myself. We didn’t always see eye to eye with Burke.” For a long time we just stood there, saying nothing, each of us deep in our own sorrow for this lost young man. 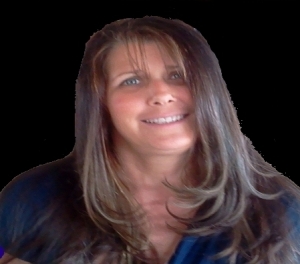 Fans of the “Baby Girl” series can now enjoy the long-awaited conclusion of this suspenseful saga about Cleo, a girl virtually orphaned at the age of twelve who not only has to survive on her own but elude someone who is trying to kill her. Cleo’s travels have taken her near and far, partly to escape from whoever is pursuing her with evil intent, but also in search of her true identity since the woman she knew as her mother clearly wasn’t her biological parent. This missing piece leaves a gaping hole within herself which she’s desperate to fill with the truth.

As Cleo follows additional leads toward the answers she has sought for years, she finds herself in New York where she finally succeeds in finding her biological roots. I don’t want this review to be a spoiler so won’t go into it any more than to say it’s a surprising yet very satisfying ending which answers all the questions presented in previous episodes. I do suggest, however, that readers might want to refresh their memories of how Baby Girl 3: “City by the Bay” ended because this one picks up at that point without fanfare. In fact, if you haven’t followed Cleo throughout her quest you should read all previous episodes first to fully appreciate this great conclusion.

There is plenty of food for thought in this volume as Cleo synthesizes some important lessons. One is that a person’s biological family is often not the desired source of nurturing and love you might expect. Orphans and adopted children tend to fill this painful gap in their background with an idealized version of who their parents are, which is seldom accurate. At some point it becomes apparent that parental surrogates and role models who have been there when you needed them as well as friends who have accepted, helped and loved you for who you are, even when you didn’t know yourself, are your true family as opposed to blood relatives. Often when people think they’re bereft of anyone who loves them it’s simply because they have not yet learned to know and love themselves.

Throughout this series Cleo has assumed various personas such as Justine when she was in Paris and Shanna in San Francisco as she attempted to hide from her unknown enemies. These were never entirely comfortable for her because she knew they didn’t represent who she really was. When she eventually discovers the identity of her biological family and finally answers the question which has haunted her most of her life, she realizes that it doesn’t change as much as she expected. She’s still the same person she’s always been and is actually better for her experiences than she probably would have been if she’d been raised by her biological family. This knowledge frees her at last just to be Cleo, who she’s been all along.